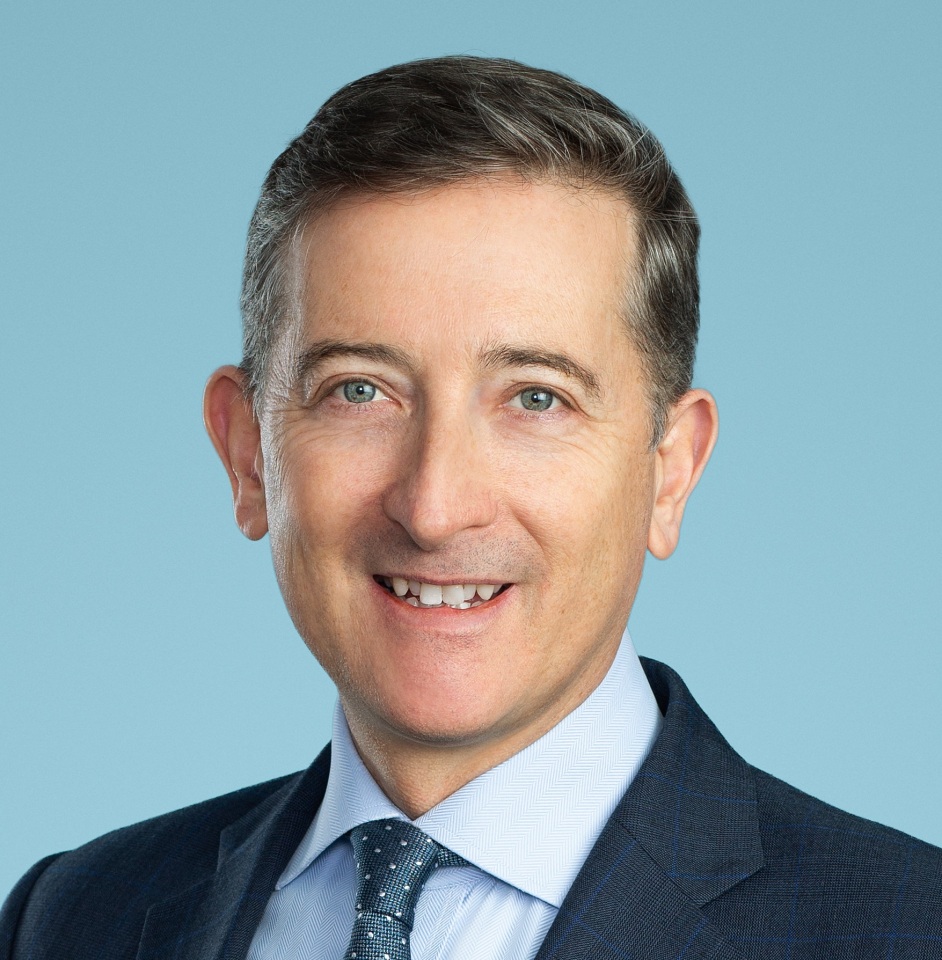 Tower 42-based Gavin Watson, generally considered the City’s go-to lawyer for hydrogen projects and ESG strategies, recently advised on the launch of a Jeff Bezos-backed, UK-first nuclear fusion plant, which uses hydrogen as an input.

Given the growing investor interest in this gas and Boris Johnson’s claim that he intends for Britain to become the ‘Qatar of hydrogen’, time for ESG Insight to catch up with Watson, who is a partner at Square Mile law firm Pillsbury.

The firm launched the world’s first hydrogen practice in September 2020, whilst Watson is advising a number of the oil and gas majors on the renewable energy transition as well as City investors on hydrogen.

With Jeff Bezos having invested into a UK-based nuclear fusion plan, what does this tell us about the state of the renewable energy market?

Fusion is the illusive final frontier for renewable energy, so I can see why it would attract investment from Mr Bezos. I think the fact he’s prepared to invest money into the UK should serve as an endorsement of the prospects for the country’s renewable energy market. He’s a man with some big ambitions, which is precisely what the market needs, and his involvement has definitely raised the profile of certain technologies.

You might expect me to say this, but I think the renewable energy market really captures the creative imagination, shaped by the technological advances and driven by the climate imperative. It presents an opportunity to think outside of the box and is forcing governments, regulators, scientists, entrepreneurs, financiers, campaigners and even lawyers – an odd mix to say the least – to work together against the clock, to reduce emissions.

How much investment are we seeing in hydrogen and where is the money coming from? Is the City leading the charge?

Hardly a day goes by now without a major industrial or energy company making a commitment to invest billions into hydrogen. I have to say though that whilst these commitments are welcome, when it comes to money spent, the billions promised turn out to be more like tens of millions in reality.

“Despite the City’s appetite for ESG, most of the money invested has come from the public purse through grants or matched funding.”

This is an interesting point, because we really need to work out where billions will actually come from. After all, in the last few years I think it would be fair to say we’ve seen small pools of seed or proprietary capital invested to enable early-stage hydrogen projects to progress, often supported by industry participants with a technological, engineering, or demand-side driver for early engagement. And though this dynamic has intensified in 2021, resulting in an increasing number of strategic alliances, acquisitions and investments, we are still talking about small sums of cash.

Yes, I think we could see things change by the end of next year. This year will see a number of measures launched to incentivise investment.

For instance, if the Net Zero Hydrogen Fund is successful when launched early this year, it could help increase government co-investment. An equally critical additional stimulus for the hydrogen economy will be the Hydrogen Business Model, which the Government intends to announce this quarter. This is intended to provide long-term revenue support to ensure low-carbon hydrogen can compete with hydrogen produced from cheaper high-carbon alternatives.

Although the City hasn’t, perhaps, led the investment charge, its advisory services have played a critical role in supporting the early stage ambitions of various players jockeying for position in the hydrogen economy. This groundwork, which we should remember is often unseen, is a critical part of the economy’s evolution. As the frameworks required by the UK’s hydrogen strategy begin to take shape, significant volumes of capital are expected to be available to fund the construction of the physical infrastructure needed by UK for its energy transition.

The Prime Minister recently pledged to make the UK the ‘Qatar of hydrogen’. Do you think the various policy announcements to date will realise this ambition or does more need to be done?

It’s a good soundbite, but I’m not sure it’s the most helpful comparison. You have to remember that Qatar’s emergence as a global energy player has been driven by the natural gas demands of Asian economies, particularly Japan and Korea. Those countries already had deep and established domestic markets, so Qatar’s challenge 30 years ago was to develop its natural gas reserves to supply an export market. It was unencumbered by existing infrastructure – whether physical, legislative or regulatory – and the use case for the end product was pretty straightforward.

“Our Prime Minister is fond of colourful metaphors, so to use an analogy, I’d say the market is stuck in a kind of chicken and egg position.”

The UK’s hydrogen ambitions will be realised in a very different context.  Recent policy announcements, though helpful, are dwarfed by the size and scale of the task ahead. The current supply-demand picture consists of little more than an aspirational rainbow on an otherwise blank canvas. Supply won’t rise until demand for hydrogen does, but we’re unlikely to see any significant increase in demand whilst supply remains low.

In fact, the extent of the challenge facing the hydrogen market is in keeping with that of the UK’s wider energy transition, which is one of the most significant the country has ever faced. COP26 has made it clear that time is not on our side when it comes to cutting carbon emissions. It remains to be seen whether the UK’s political winds will blow plans for green hydrogen off course.

The politics of devolved power certainly has the potential to do so, as witnessed throughout the Covid crisis.  At a more local level, will permitting paralysis prevail and the Damoclean shadow of judicial review haunt key decision-makers?

Interestingly, Sir Jim Ratcliffe, the founder of Ineos, has come out to say that the UK government is not doing enough to develop vital hydrogen infrastructure. Do you agree?

Sir Jim certainly has a point, but I’d say that few governments are doing enough to develop the infrastructure that is critical to the creation of a hydrogen economy. The UK must move quickly from policy announcements and laudable statements of ambition, to supporting demand creation, establishing the capital pools and hedging tools needed to help mitigate investment risk, and enacting the primary legislation required to harmonise standards and lower or remove barriers to development of the hydrogen economy.

“Today, most hydrogen in the UK is produced from fossil fuels and this will continue for some time to come.”

Blue hydrogen has been criticised for its carbon emissions. Should investors look for alternative forms of the gas?

I’d say this is a fairly cheap criticism. Green hydrogen is of course the ambition, but precious little is actually produced at the moment. I think it was Sir Robert Peel who said that ‘we must take the world as it is and not as we would have it be’, and this is certainly true for the hydrogen market.

Our priority should be to ensure that carbon capture, use and storage technology is retrofitted to existing fossil-based hydrogen production and forms an integral part of any new high carbon hydrogen production facilities. Though the ultimate goal is a hydrogen economy built on renewable sources, blue hydrogen is an important step in the right direction. It can be likened to the role played by hybrid vehicles in our transition from petrol and diesel engines to electric vehicles.

“Ultimately, the economics driving the production of blue hydrogen are clearly distinct from those underpinning the development of green hydrogen.”

Investors, then, will probably find blue hydrogen sits comfortably within their broader investment portfolios. To put it simply, blue hydrogen is most closely associated with fossil fuels used at heavy industrial locations. As such, the primary reason for reforming methane is not the production of hydrogen for sale to an array of end users. It is to capture hydrogen close to the point for production and to use it for various industrial purposes, often within the same complex.

The UK recently announced plans for a new North Sea oilfield. Will this really help the renewable energy transition?

Yes, because the energy transition is a process over time – several decades in fact – and this reality is often overlooked.  The renewable sources and energy storage solutions to underpin a sustainable future need to be devised, developed, proven, and deployed. If those sources and solutions existed today, the discussion would be about energy transplant. But they don’t, so our focus is on transition. The scheme was criticised by some, and I think the oil & gas industry perhaps should have done more to shape its own energy transition narrative.

“Announcements about new oilfields in the North Sea should articulate exactly how they fit into the energy transition picture.”

Announcements about new oilfields in the North Sea should articulate exactly how they fit into the energy transition picture, from the reality of renewable alternatives and our current energy demands, to the need to enable local communities and economies to transition to a renewable future. This isn’t an aberration against a broader transition, but a key part.

For example, why was this particular announcement not coupled with tangible regulatory progress towards authorising renewable power companies pioneering the supply of green power to North Sea platforms that would have enabled operators to switch off the fossil fuel generators on their North Sea platforms, reducing production emissions by almost 75%?

What other renewable energy sources are proving popular with City investors?

I’d say the most significant focus for City investors has been energy storage solutions. This is essentially because certain renewable energy sources are still slightly hamstrung by intermittency issues and so the development of storage technology is pretty important. Energy storage technologies such as pumped hydro, compressed air, molten salt, lithium-ion batteries and solid state batteries have all received renewed investor interest this year.

The case for nuclear remains part of the renewable energy discussion with particular attention being focused on small modular reactors.

Rolls Royce has just secured £195m of funding for its SMR business, on the back of which it will receive £210m of support from the UK government. I’d also say that one answer to your question is blowing in the wind – by which I mean floating offshore wind. I think this is one of the most exciting elements of the renewable energy transition. It represents a perfect opportunity at redemption for many of the companies involved in fossil fuel extraction and development: repurposing the technology developed to support the offshore oil and gas industry to create large floating offshore windfarms in deep water, using the green power produced to replace fossil fuel generation offshore, decarbonise onshore industrial clusters, or enable development of green clusters and local economies by guaranteeing high-energy consumers renewable power at point of use. 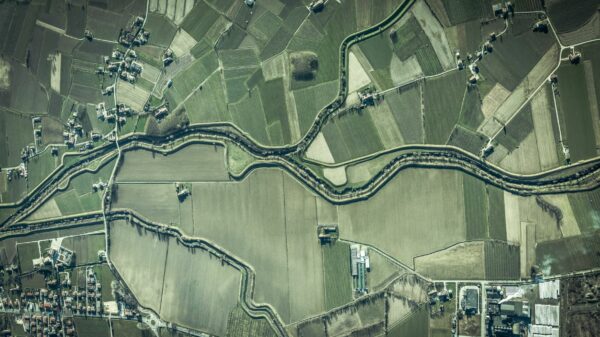 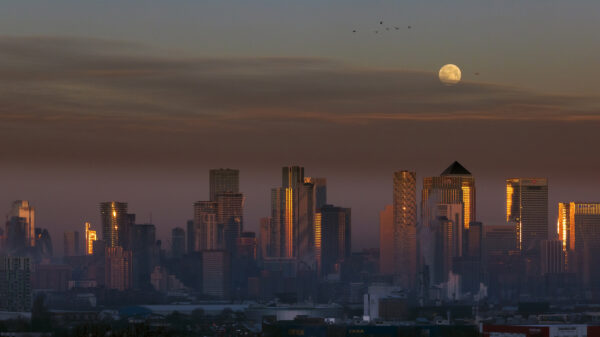 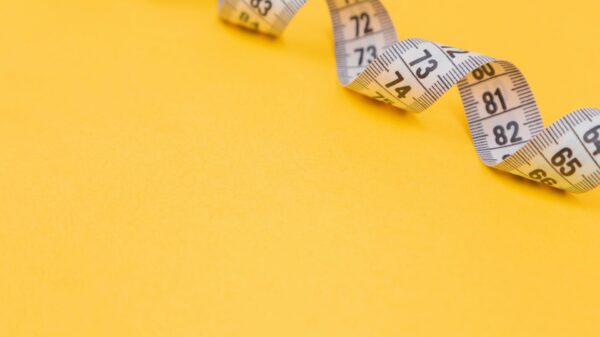 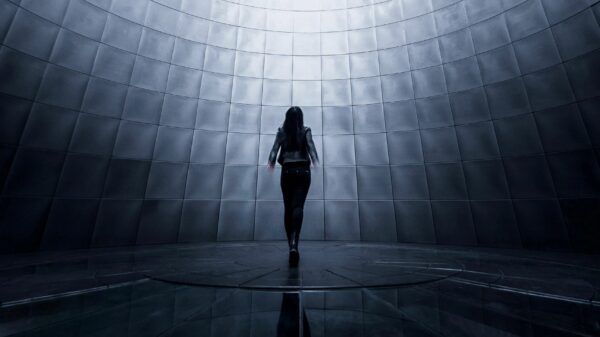